When BitStarz online casino was founded in 2014, it was an immediate hit with Aussie cryptocurrency enthusiasts. Right off the bat, you could play with Bitcoin or fiat currency. That payment flexibility is even greater today, but there are various other reasons BitStarz are a popular choice among Aussie bettors. Not for nothing is this a multi-award-winning iGaming brand. So, what’s the big attraction? 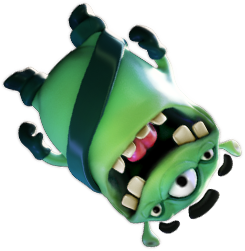 When you play at BitStarz from Australia, naturally, the Australian Dollar (AUD) is welcome as a form of payment. You can use any of the various methods to deposit and withdraw money from BitStarz, including credit and debit cards, bank transfer, or a wide selection of e-wallet methods such as Skrill, Neteller, ecoPayz, and others. Some deposit methods attract a small fee, so it’s worth studying the details to see what works best for you. All withdrawals are free.

BitStarz accepts several popular cryptocurrencies, including Bitcoin, Bitcoin Cash, Litecoin, Ethereum, Dogecoin, and Tether. The casino also offers an instant exchange service, so players can access games and game providers that don’t usually allow cryptocurrencies. What you can’t do is make a deposit in one currency and withdraw in another. What goes in, must come out.

Players using Bitcoin and other cryptocurrencies enjoy several benefits, including high-level encryption, increased protection of personal data, low or zero fees, and near-instantaneous payout times. You’ll wait no more than a few minutes for a typical crypto withdrawal. In contrast, traditional bank card and bank transfer times can be anything from one to 14 days.

One thing you’ll never be short of when you play at BitStarz is bonuses. The casino always has bonuses and promotions going on in one form or another. 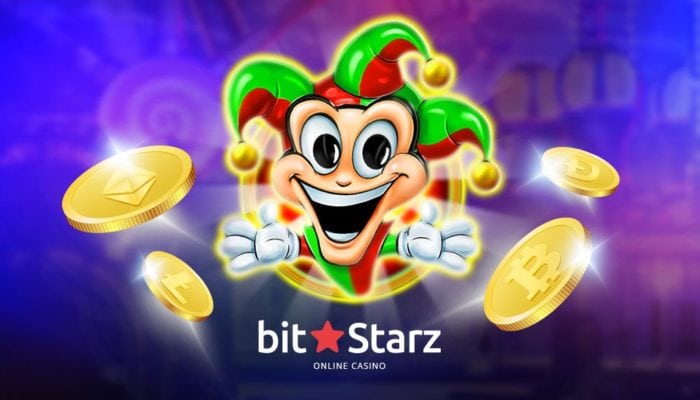 When you first join BitStarz, you’ll receive a welcome bonus package that includes multiple deposit bonuses and free spins. With deposit bonuses, the money you add to your account is matched to some degree by the casino (e.g., 50%, 100%), so you effectively get free credit. The only caveat is the wagering requirement; you must wager the sum of the bonus a set number of times before you can withdraw winnings on it. Some games count more towards this wagering requirement than others. You need to play pokies (except jackpots) to bring wagering requirements down quickly.

Once you’re an established player at BitStarz, there are many other bonuses and incentives to keep things interesting. You’ll find more deposit bonuses (similar to the welcome bonus), pokie tournaments and table game tournaments where the most consistent players win prizes, and all kinds of other free draws and promotions. You may also find bonus codes on affiliate websites, which you can cash in for free spins or other rewards at BitStarz.

The sheer diversity of bonuses at BitStarz sets it apart from many competing casinos, along with a host of other standout features.

Regulations around Bitcoin and cryptocurrencies are one factor in deciding where BitStarz is available. For instance, players from Australia, Canada, and New Zealand are accepted. Still, players from the USA, the UK, France, and Spain are not. It’s unwise to circumnavigate geographical restrictions with a VPN, as this will result in closed accounts and nullified winnings.

Players from Australia and other countries should note, too, that some game providers (NetEnt, mainly) are geographically restricted and may not be accessible to them. Even with this absence, there is a vast range of games to explore at BitStarz. It’s home to Microgaming, Betsoft, Play ‘n’ Go, Platipus Gaming, Booming Games, and more. Evolution Gaming supplies many of the live casino games.

Players from Australia and other countries have a massive range of BitStarz games to enjoy. The casino has a collection of over 2,200 games, so even when some of them are inaccessible, you still get many hundreds of pokies and table games to try out.

Of course, a large proportion of the BitStarz game library is pokies, ranging from classic three-reel games to sophisticated multi-reel pokies. Most have predetermined payouts, but there are also many jackpots in the BitStarz collection with rolling, life-changing wins possible. There’s something for everyone, from casual punters to high rollers.

When it comes to table games, BitStarz has few rivals. Whether you’re looking for video table games or a live casino experience, there is lots of options. In particular, there are countless versions of baccarat, blackjack, roulette, and poker. Other fun games such as bingo and pontoon are also available.

BitStarz uses several live-dealer providers, some of which are not available in all countries. Still, Authentic and Evolution are two leading suppliers. Evolution Gaming has dozens of multilingual tables running at BitStarz, which it streams from studios and brick-and-mortar casinos. It’s an industry leader in live casino infrastructure, offering players an immersive experience, minus the dress code and expensive drinks.

Another key element in the popularity of BitStarz is its Provably Fair technology. This allows players to check as often as they like that games are not rigged in any way. Simply put, it works in a kind of before-and-after fashion, where players view the game “fingerprint” (hash) before the game and the same fingerprint, client input, and result after the game.

The BitStarz Provably Fair system is verifiable using the proprietary widget or any third-party hash calculator. This level of transparency complements the wide variety of payment methods available, and particularly cryptocurrencies, where players may have concerns about the traceability of transactions.

It’s always useful to know how well a casino handles customer problems before you play there. At BitStarz, you can open a ticket by email or get in touch 24/7 via chat for a rapid response.

A significant USP about BitStarz is its knowledgeable support staff. All employees in this role must have at least three years of casino experience before they’re taken on. BitStarz support staff are famously friendly and responsive, and they know the industry inside out.

Game choice, innate fairness, payment flexibility, and reliable customer service all go together to create a grand casino. BitStarz is run by players, for players.